A tipping point is when the familiar development of a system becomes so unbalanced that it takes on a new development and often cannot be restored to its former state.

Closely related to this is the term “tipping element“. In climate research, a tipping element refers to a part of the climate system whose interrelationships indicate the existence of a tipping point (in the broader sense).

With the help of various climate models, a number of regions have been identified so far where the local climate reacts very sensitively to interventions. Some of these tipping points could already be crossed in the course of the 21st century or have already been crossed.

Such a “tipping point” thus represents a risk where the damage is huge but the probability of occurrence is unknown. In view of the profound changes that each of these scenarios entails, it seems compelling that all these developments also influence each other and that the crossing of one tipping point could indirectly trigger the crossing of another. The complex interactions are unmanageable and by no means fully explored at present. 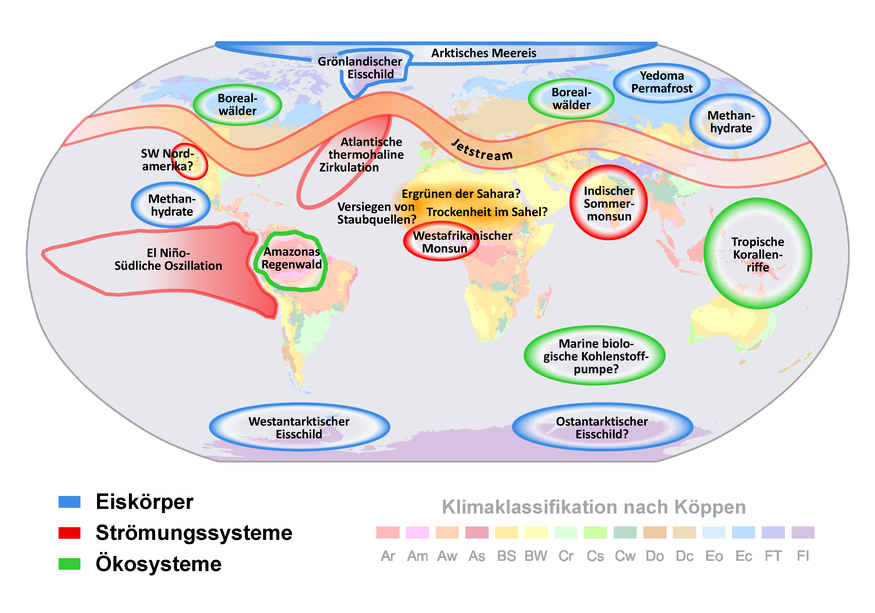