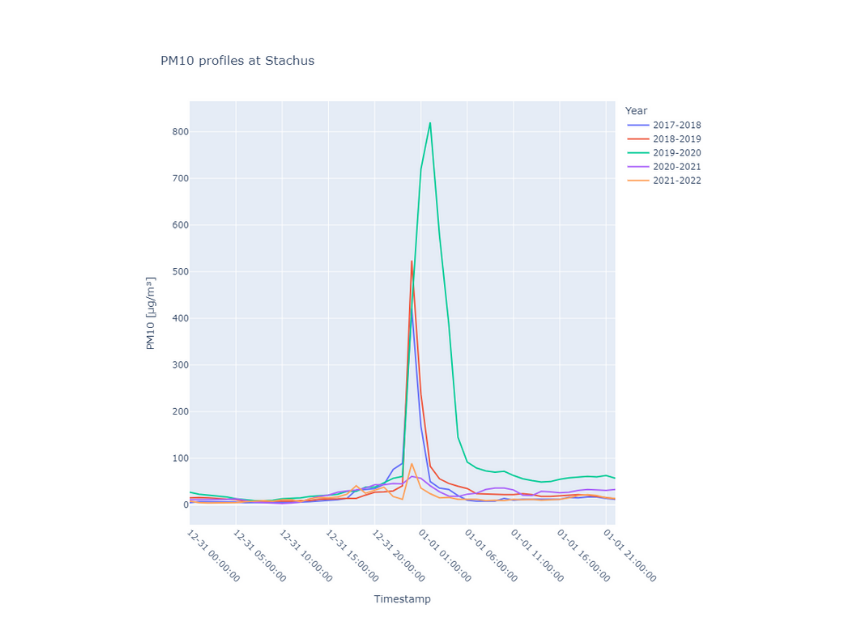 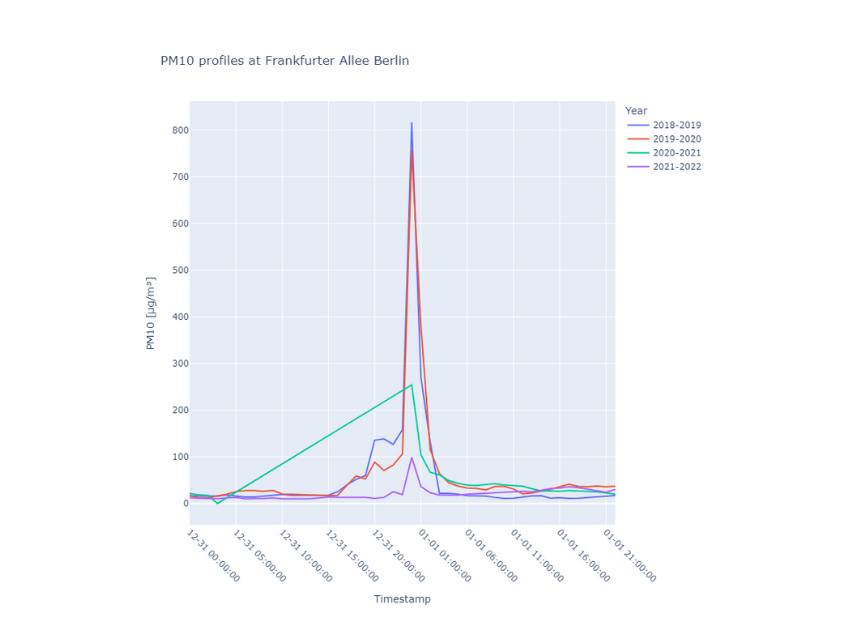 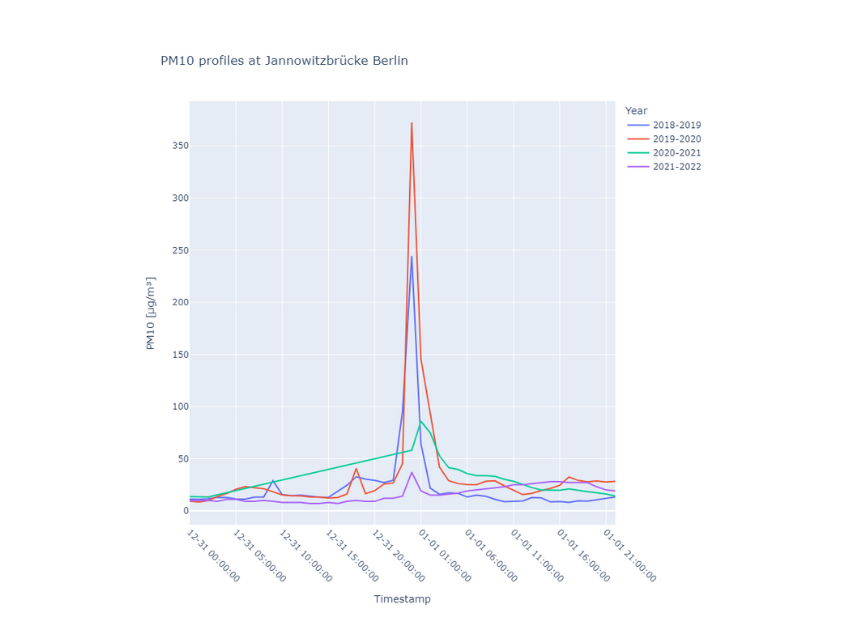 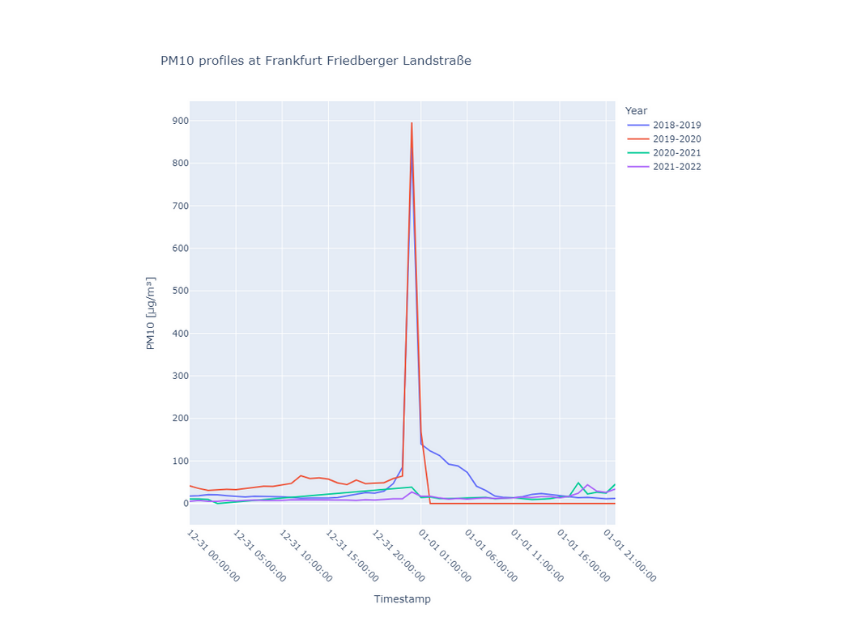 As in the previous year, the sale and lighting of fireworks and firecrackers on New Year’s Eve were restricted or banned nationwide due to the Corona pandemic. The level of particulate matter in Munich and other cities, which is harmful to health, was pleasingly low at the turn of 2021/2022. Like last year, the maximum particulate matter values remained far below the values measured in previous years with New Year’s Eve fireworks.

Berlin also showed significantly better values at the current turn of the year. The measuring station on Frankfurter Allee recorded an hourly peak load for PM10 particulate matter of 99 µg/m³ compared to 816 µg/m³ in the same period in 2019 and at 757 µg/m³ in 2020. This positive development can be observed at other measuring stations in the Berlin urban area.

In Frankfurt, the measured hourly mean value for PM10 particulate matter was at a similarly low level as in 2021 at 44 µg/m³ at the Friedberger Landstraße measuring station. This shows a significant change from 2019 and 2020 with fine particulate hourly mean values of 842 µg/m³ and 895 µg/m³.

But better particulate matter levels and better air were not the only results. The restrictions also resulted in fewer injuries from firecrackers, howlers, etc. Other positive side effects were the significantly smaller piles of rubbish on the streets and less noise pollution for animals.

Therefore, the question arises: Should firecrackers on New Year’s Eve be restricted in the future? 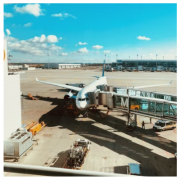 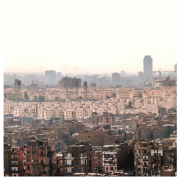 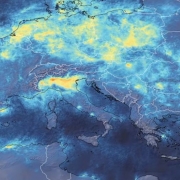 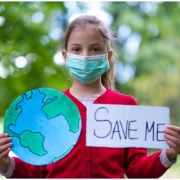 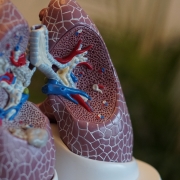 https://pixabay.com/photos/dementia-alzheimer-s-old-puzzle-3662192/Air pollution can significantly increase the risk of dementia?!
Scroll to top