The effects of air pollution on children are far-reaching and severe and begin even before a child is born. Air pollution is already problematic during pregnancy and is associated with higher preterm birth rates and low birth weight. Problems with cognitive development also occur, which can affect future educational success and the ability to learn, socialise and play. In infancy, air pollution significantly increases the risk of death in the first year of life.

The impact of air pollution on health and well-being from early childhood onwards is well researched. There is a strong link between air pollution in early childhood and the development of respiratory diseases such as pneumonia, bronchitis and asthma: nearly one million children die from pneumonia each year, and more than half of these cases are directly related to air pollution.

Apart from the obvious effects on a child’s health, the development of respiratory diseases can have wider social consequences. A study published in Environmental Health shows that these respiratory diseases lead to more hospitalisations and doctor visits, reducing affected children’s school attendance and normal participation in physical activities.

Why are children particularly at risk?

Children are much more vulnerable to the effects of air pollution than adults because of their body size, weaker immune system and because their bodies are still developing. Children’s breathing rate per unit of body mass is higher than adults, and they are also more inclined to breathe through their mouths, which leads to a higher and unfiltered intake of air pollutants.

Situations typical of children in particular make them more vulnerable to air pollution: just imagine a child in a buggy or pram and consider where the mouth and nose are concerning a car exhaust. Researchers at Columbia University found that young children are exposed to high levels of air pollution when playing, walking and being transported in prams because particulate matter (PM2.5) is prevalent at higher concentrations near the ground.

Even at home or other indoors, children are exposed to other sources of air pollution – including smoking, burning fossil fuels and wood, dust, chemicals from building materials and furnishings, aerosol sprays and cleaning products. This is associated with a range of childhood health problems, including asthma, whooping cough, conjunctivitis, dermatitis and eczema.

Considering the broader consequences of air pollution for children – from health problems to unequal opportunities in school careers and thus later life – it becomes clear why the right to clean air is included in the UN Convention on the Rights of the Child. 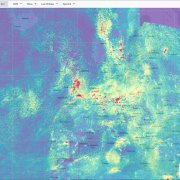 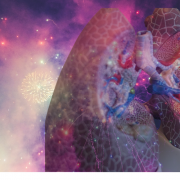 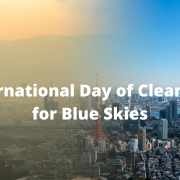 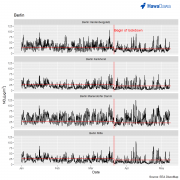 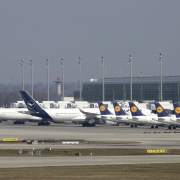 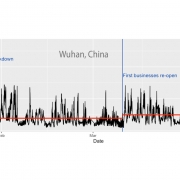 Forego fireworks for good air on New Year’s Eve? How does particulate...

The Road from Glasgow to Sharm El-Sheikh: Combating Climate Change
Scroll to top