“Climate change is the greatest threat of the future. Every state must cooperate in combating the causes and mitigating the consequences.” (Klaus Töpfer)

The word climate comes from Greek and essentially means “inclination” or “curvature”. It does not mean the inclination of the Earth’s axis but the curvature and coherence of the Earth itself. The totality of weathers events is called climate. Weather is local, and climate is global. The larger and more complex a system, the slower it changes, and climate is arbitrarily complex.

Why does it rain in Munich? Why doesn’t it always snow at the same time? Why doesn’t the Munich Frauenkirche stand in the middle of a desert? Because the entire system, within which it is decided whether cacti grow or polar bears run in front of the doorsteps, creates the corresponding conditions.

In a human lifespan, the weather changes countless times, but the climate usually does not change noticeably. We have often heard from grandma and grandpa that it was warmer or colder in the past. The global climate takes millions of years to create significantly different conditions for local weather. It changes very slowly. However it is changing!

Read more about climate in our Wiki

As mentioned earlier, natural climate change is a process that has developed over millennia. Man-made climate change, on the other hand, occurs within a few generations. Over the past 10,000 years, the temperature of our planet has been broadly stable. With the dawn of the industrial age about 260 years ago, the temperature changed. Since then, the proportion of climate-changing gases in our air has risen steadily and continues to do so.

Humanity blows around 40 gigatons of CO2  into the atmosphere every year – and the trend is rising; but so are so-called SLCPs (Short-Lived Climate Pollutants). SLCPs are short-lived climate-affecting pollutants such as ozone, particulate matter, methane or HFCs. The dwell time of particulate matter is a few days, ozone a few months, methane a few years, HFCs a few decades. Due to the well-known greenhouse effect, this affects our climate with an increasing temperature.

In ever shorter periods, environmental catastrophes such as floods (2021 Germany) and fires (2020 Australia) affect many world regions. This development will intensify in the future. Some cities and entire areas are already adapting by using more sustainable, nature-based solutions to reduce environmental disasters and using water in more intelligent, more sustainable ways to help us live with droughts. Although man-made climate change is already in full swing, the change in the minds of citizens and politicians has only just begun.

Read more about climate change in our Wiki

What are tipping points?

“What we do today will decide what the world will look like tomorrow.” (Marie von Ebner-Eschenbach)

A tipping point is when the normal development of a system gets out of balance that it takes new development and often can no longer be returned to its former state. An example of a tipping point is the extinction of species. We hunt and overfish entire populations to the brink of extinction. As long as a minimum population is maintained, species can recover. Often very quickly. However, if this minimum population is not reached, the species is acutely threatened with extinction.

At the polar ice caps, the ice masses are melting very quickly. If tipping points are exceeded, this can end in a catastrophic event, like an avalanche. A tiny snow globe can trigger them and become a giant ruinous monster. It can destroy, wipe out and bury everything along the way. If that happens, we will not be able to stop it.

Our goal is to stop climate change before it is too late. Long-term measures such as CO2 reduction are indisputably necessary for this. Unfortunately, CO2 has a very long dwell time, so that effects through CO2 savings cannot be achieved in the short term. In order to prevent the tipping points from being exceeded, measures to reduce so-called short-lived climate pollutants (SLCPs) are of particular importance.

Tackling SLCP addresses not only climate change but also another global problem of our time: increasing global air pollution with all its health and economic impacts.

We can tackle climate change and air pollution together and develop strategies to minimize the consequences. Fundamental innovations must be driven forward in various areas (transport, urban planning and agriculture) to reduce SLCP emissions.

Read more about tipping points in our Wiki 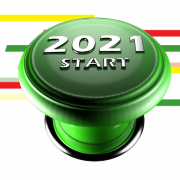 German Government’s coalition agreement 2021-2025: What can be the impact on environment and climate?
0 replies

Hawa Dawa measurements as part of the official Bavarian Project Network on ultrafine...